We provide a high standard of threshold education for the community whose home language is not English within the context of a sound Christian and moral environment. 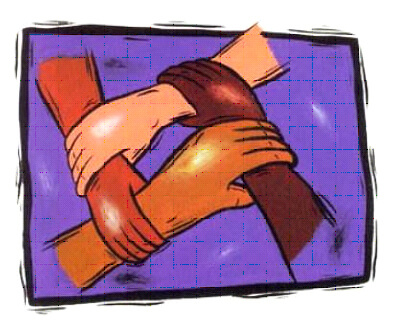 We consider ourselves unique, being in a community of transformation, giving intentional instruction and yielding with compassion and humility to the ever changing landscape of South Africa, realising the need to nurture our learners through these sometimes painful changes. Proverbs 22:6 in the Bible reminds us to train our children in the way they should go and when they are old they won’t turn from it.

Hlanganani Preparatory school was founded in 1992 by Mondy Powell, a dedicated remedial trained teacher, under the auspices of St Katharine’s, an Anglican Church. The school opened in the Church Hall with 37 children in Grades 0, 1 and 2, the language of instruction being English.

During this time Mother tongue instruction had been compulsory in the rural schools, and most children only encountered English in Grade 5 for the first time. Prerequisite for admission to the previously White, Indian or Coloured schools was fluency in English: an impossibility for these rural children. Mondy saw the need for a bridging school where learners’ ages, academics and English would meet the acceptable standards a school where English could be taught as a Home language. At the end of 1992 26 of Hlanganani’s isiZulu children were accepted into the former whites -only schools.

Learners poured into the school and shortage of classroom space was an annual problem. Finally in 2000 the municipality donated land on a steep hillside in Bobhoyi. Donations and grants from commited Trusts and Foundations supported the project, while Natal Schools Project, an NGO, came on board to do the actual building. And 14 classrooms, a library and a computer room were built. In November 2001 Bishop Rubin Philip opened and blessed the school. Mondy retired and Mr Greg McCeod took over the reins of principal. In 2004 two more classrooms were added and the school which consisted of 370 learners and 17 staff members. For the first time Hlanganani could accommodate a class of Grade 7’s. More recently an RDP township and a Secondary School have been built around Hlanganani.

I started as the 5th principal in January, 2013.. My term of office started in January 2013. Having spent most of my teaching career in the so called Model C schools that had the economically viable support of an Education Department, this was a new and very challenging experience for me.

Hlanganani is a Christian school with a several faiths and cultures reflected in the demographics of staff and learners. A diverse community need not be divided, and mutual respect is a hall mark of that attitude.
The partnership we have with Norwegian Settlers’ Church and Scripture Union in the development of the spiritual foundation of each individual is done in a sensitive that allows us to embrace racial and cultural divides.